The Dr. Norman Fost Award for the Best Medical Student Bioethics Essay Contest — sponsored by the School of Medicine and Public Health and its Department of Medical History and Bioethics — invites medical students annually to critically examine an aspect of the field of bioethics that is relevant to their studies.

As a second-year medical student at the University of Wisconsin School of Medicine and Public Health, Bethany M. Erb received the 2022 Dr. Norman Fost Award for the Best Medical Student Bioethics Essay. This year, the contest invited students to critically examine the ethical values and principles relevant to health disparities. 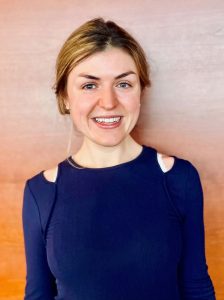 Just as nucleotides link polarized deoxyribonucleic acid strands, many health inequalities are a nexus between race and socioeconomic status in the United States. The COVID-19 pandemic exposed these inequalities in stark fashion. It is well known that non-white populations experience higher rates of COVID-19-related hospitalization and death compared with non-Hispanic white populations, despite accounting for demographic variables.[i] Health inequalities like those from the pandemic, whose effects are unequally distributed between socially constructed groups, are intrinsic moral problems. Unaddressed, these inequalities will sink deeper into the status quo—new mutations of their causal injustices and biases will arise and maintain their original cause: a national tradition of codified racism.

Before we continue, it is important to clarify what health inequalities are inequities—immoral differences in health outcomes. Not all health inequalities necessitate a call-to-arms. For instance, age-related health differences are not considered unjust. While a thirty-year-old has a relatively lower risk of osteoporosis compared to a seventy-year-old, this health difference is rooted in biology; bone resorption is an unavoidable part of the aging process.[ii] The seventy-year-old has had younger bones and the thirty-year-old will soon have older bones; neither individual is denied access to the other’s health state based on their position in shared social hierarchies.

Health inequities are not rooted in biology but rather the unfair distribution of resources and opportunities in the past or present. As such, health inequalities become inequities when it can be shown they are not biologically determined, or simply products of cultural differences, but arise in part due to identity-based discrimination. These inequalities are remnants of institutional oppression, perpetuating unjust economic and social policies born by innocent individuals.

We know that race and socioeconomic status often have a synergistic effect on patterns of disease distribution.[iii] It is increasingly obvious that minority groups face implicit bias within the American healthcare system that affects method and means of treatment and prognosis.[iv],[v] It is well documented that these same groups have historically been denied access to economic and social resources and opportunities that predict positive health outcomes and social stratum.[vi] Since bias towards persons of color is a driving cause of these phenomena, and one of our nation’s moral tenets is that racism is an injustice, a violation of the categorial imperative and norms of equal opportunity and respect, we arrive at a logical finish-line: health inequalities between racial and socioeconomic groups are intrinsic moral problems.

A familiar objection is that health inequalities reflect individual autonomy more than circumstance. If less healthy people are responsible for their health, capable of freely choosing between outcomes, then they are not victims of conditions; rather, they create their fate despite these conditions. If people can make choices in relative isolation from a broader social environment, the individual is the only meaningful level of moral analysis. Health inequalities cannot be injustices if the individual is the sole moral agent responsible for their existence.

I would argue this objection overlooks the neuroscience of free will and the reality of health determinants that lie outside of choice. Current research suggests the unconscious initiates activity, implying a reservoir of feelings, thoughts, urges, and memories spurs action.[vii],[viii] This suggests the social and environmental habitat that helps creates this reservoir is responsible in part for population outcomes. Health inequalities are then moral issues to the degree they reflect injustice grown within this habitat.

It is not necessary to accept this degree of determinism to acknowledge many health predictors defy choice. Poverty, with its physical and psychological stressors and lack of ways to handle these stressors, is one such variable. Simply being born into a low-income family or neighborhood predicts premature mortality and morbidity.[ix] Given historic housing segregation practices and environmental injustices define many low-income areas, it is highly problematic to claim the individual alone can be held responsible for health outcomes shaped by poverty. This example helps us imagine how policy and social determinants of health can be just as, if not more than, responsible as the individual for multifactorial health conditions.[x]

Many health inequalities today are remnants of legislated economic and racial oppression in the United States. These inequalities count as inequities because they maintain codified discrimination between social groups that violates norms of dignity and respect. Thus, we can say these inequalities are intrinsic moral problems. Acknowledging the moral weight of such health inequalities is necessary. We only begin to lift the load of this injustice from our shoulders when we accept it is real and unfit to bear.

[viii] Bargh, John A, and Ezequiel Morsella. “The Unconscious Mind.” Perspectives on Psychological Science: A Journal

[ix] Minkler M. “Personal responsibility for health? A review of the arguments and the evidence at century’s end.”

[x] Braveman, Paula, and Laura Gottlieb. “The social determinants of health: it’s time to consider the causes of the